Brava, Anna, you have earned yourself a deep dive

It has been four weeks since I started training here, and I have settled nicely into the standard freediving rhythm of not doing very much, except contemplating the choice of bikini, see below: 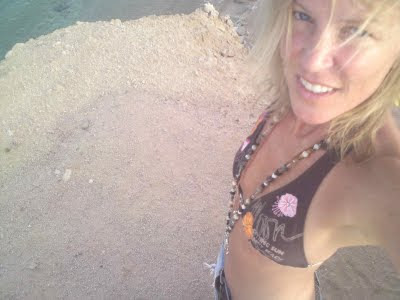 Or, sometimes, run back into the house to come back out dressed like this: 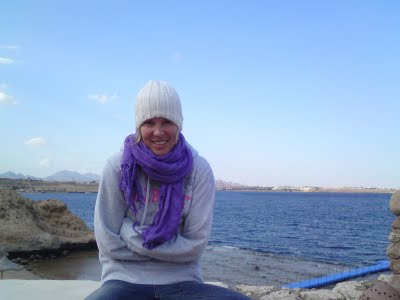 The weather has been varied, but is getting steadily warmer now. The first night in the apartment in Hadaba felt like I had arrived back home, including being woken from time to time by the sounds of cats fighting, Egyptians shouting and the mosque at 4 am. Beautiful. 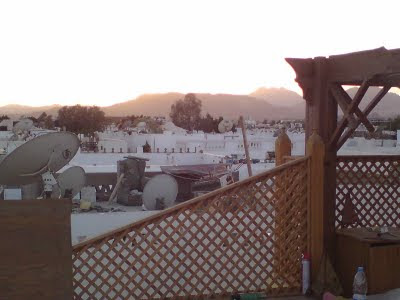 Training continued to go veeeery slow for a long time. This has been a major test for my patience. I was well on my way to start pushing for depth, when somehow, something happend - this something is called Marco, Italian rasta man and owner of the Only One Freediving Center, and Andrea Zucchari, his partner and athlete/instructor . One day Marco said: "Anna. Small suggestion. To take the mouthfill lesson with Andrea." Oh, ok then.

Thing is, I may be impatient, but I am also good at spotting people who can teach me things. I took the mouthfill challenge, which started off dry, including all sorts of odd exercises involving strange tools like a footpump (don't ask), and then went on in the water, one on one. It was the most detailed, serious way I have approached the mouthfill so far, and although I have still not dived really deep, it has improved enormously already.

After two lessons free immersion, we carried on with the head down sled, driven by Andrea, so I could focus completely and not be distracted by anything at all. This was all very well, except that I was getting contractions at depth on a 30m sled dive! Adaptation is kind of slow in coming this year. I'm sure both of my Italians think it is all in my mind. They have given up being terribly professional and serious, and have just started laughing freely at me. At the same time, the mouthfill lesson, which was supposed to be three hours, has turned into a full, allround, let's-train-Anna program and I appear to have completely subjected myself to this. No idea how it happened. I arrive every day and ask Andrea (who is kind of bossy) what the plan is, and then I happily do as I am told. It works beautifully.

The third step of mouthfill training involved diving on the big, feet first sled. Now this is of course amazing good fun, especially since we do it no limits, involving zero effort, so that I can do several dives in one session. It is a little complicated to use this sled, and I was having a lot of fun going "wheeeeeeee" with it, and not terribly focused on the drills I was meant to practice, which had the two Italians shaking their heads at me, but in the end they were happy to allow me to pilot the thing and we started serious mouthfill depth training. One day I reached 60m with a mouthfill from ten, and when I got back to the surface, I was so pleased, for me the session was done, target reached. While I sat on the platform trying to remember what exactly had happend down there, the Italians had a small discussion, then Marco turned to me and said: "brava Anna! You have earned yourself a deep dive." How lovely! I don't think I ever earned myself a deep dive before.

So anyway, they put the rope to 80m, plan being to take a mouthfill at ten, refill at twenty, and then reach eighty - or, as Andrea says: enjoy the bottom. I did enjoy the bottom, and more relaxed and easy than ever before. It is magic. 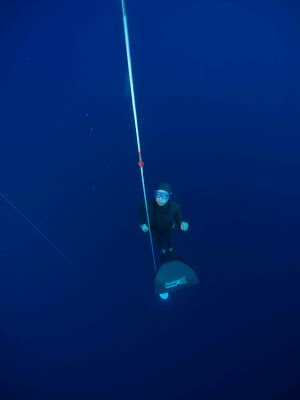 Unfortunately I have now had to step away from playing with the no limits toy, and be a serious freediver for a while. Due to some bad communication the Aida Germany selection process for the world championships got kind of muddled up, meaning I am not eligible to go to either of the worlds. My only option to fix this was to ask Marco to organise a small competition, where we will have five of the six disiplines. Going back to swimming with my fin after the fairground ride no limits diving had the usual effect: as soon as you do a duck dive, my entire body screams: finning? what? NO! The dives are horrible. I have managed to calm this down, however, and have also quickly done a 120m dynamic the other day, which had Marco walking away from the pool muttering: "if you actually trained, you could be a monster" - weeeeeelll, yes, Marco, but then I would have to DO stuff!

In any case, project qualification for the worlds starts in a few hours. Have announced 60m free immersion. No point messing about anymore. Now I will go eat my mid-morning snack. 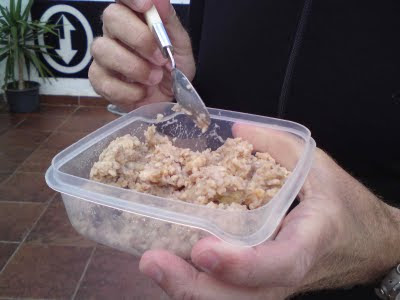 Andrea has taken over all areas of my life, including this one - the other day he asked me sternly if had I eaten something, and when I said yes, yes, I have, honest, he looked at me suspiciously. He could tell I was kind of shamming it, only not quite how. Truth was, I had eaten - one biscuit. I was sort of aware that this was not what boss-instructor had in mind, so I have been out since to buy cereal bars and am being VERY good now.