Ear problems? Why? Why?

I spent a good part of July fending off colds from various attackers such as bookshop customers, and much in the spirit of the Olymics, I beat them all, feeling mightily pleased with myself. A bit of occasional sneezing has never been a problem when diving, after all! Yet another flight got me away from the flu infested climates, to find summer in Egypt, where - bad news - I have been swimming instead of diving the last few days. 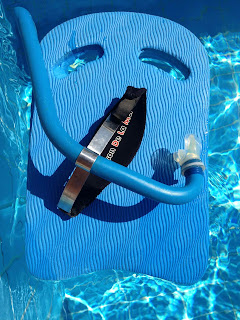 I felt quite nice in the water intially - the sea was blue and turtles were around at Only One, and I was getting acclimatized quickly. Until, that is, one ear suddenly blocked in around eight meters as I was pulling slowly down to a warm up. Stopping to clear it gently, I was surprised at squeaking and gurgling sounds inside, but since everything was as normal afterwards, I did not think much of it and continued with the planned session of 5x40m constant weight. A few hours later, pain and a feeling of fullness in the ear announced the problem to come. Being an optimist and a typical athlete, I guess, I decided a bit of rest would cure it. A day later, just as I was convincing myself that all was fine, evil coach forced me to go to the doctor, who took one look and pronounced the verdict: barotrauma. Out of the water for at least three days.

I knew I did not want to go the doctor, I knew it, I knew it!

At least my Danish friends are here, having a small competition, distracting me from my grumpiness. Jesper went and did a 100m dive, with current, and in a ridiculously short divetime. And all that after only a week of training! It proves once again that training for freediving is totally overrated. He is the first Danish man to reach the 100m mark, and well deserved it is, too - the guys are looking strong and are ready to defend their title at the team world championships in Nice. 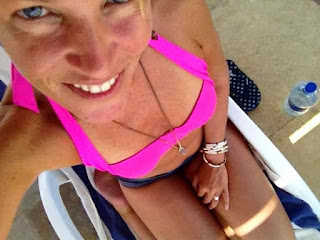 Since the doctor forbid me to even put my head 20cm under water, I have been busy swimming in the pool and working on my tan. If you can't dive deep, you have to at least look good, after all.