A small matter of Egyptian plumbing 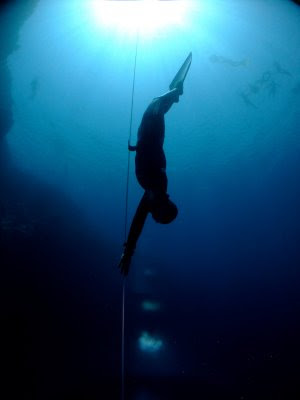 I have just returned from Dahab (first visit since September!), where I stayed with Sara in her lovely, luxurious new house. Most noteworthy is the guest bathroom, which sports a previously unseen, top-notch item: the steaming toilet. We are undecided as to whether this will catch on in the high-end fixtures market, but remain hopeful that others will see the advantages to having such a versatile fitting. Here’s the story: apparently, the boiler didn’t work, so Sara got the plumber in to fix it just before I afrrived. So far so good, all was well, hot water working. A couple of nights later, Sara was woken up by an almighty bang that sent the glasses rattling in the kitchen. When she ran out to see what had exploded, clouds of steam were billowing from the guest bathroom, much in the manner of a hamam. On closer investigation, it became clear that the steam was pouring out of the toilet bowl! Trying to turn off the water supply, she found the tap too hot to touch. The whole toilet was literally boiling. When we removed the cover and had a look into the cistern the next day, all the plastic parts had melted. Amazing. The plumber had removed the maximum temperature cut out setting on the boiler, so the water just kept heating and heating. Eventually, a valve blew, and the massive pressure found the only way out, which, and this remains a bit of a mystery, seems to have led into my loo. Welcome to Egypt.

Small household problems aside, I went out to the blue hole for the first time in eight months. The plan was to take it easy and have some fun, since I was sure it would take a long time to get adapted again. Imagine my surprise when I hit 57m in three sessions – only 2m off my pb from the previous year. All the dives felt remarkably easy, no lactic legs, hardly any contractions, feeling relaxed and happy down there, taking a good look at the arch every time. Pooltraining is now beginning to appear in a whole new light to me. What is also working very well is training with my second computer: I dive on the long line but use a depth alarm. Since I like having a target, I set the alarm to the minimum depth I want to reach. If I feel good when it goes off, I count to three and turn. This allows me a certain amount of room in the warm up training phase, to progress as fast as my body will let me. At the end of the first week, I was back at 60m, with a big smile on my face.

Meanwhile, Sara has been working towards her ultimate goal, the 100m dive. Danish diver Christian was also with us, he has been hiding from the other Danish freedivers, and never met any of them! This will be changed when he comes out to Crete next week. He has set himself a good target of 56m unassisted, and was getting steadily deeper as the week progressed. With his help we managed to safety Sara in a couple of nice, deep training dives, where she was looking strong – she’s on track. In my last deep session I wanted to see what I could do with my mouthfill, and put the rope to 67m. I held on to some air long enough to hit a new depth of 66m, feeling excited but also like there is more work to do: I arrived there with no air left to equalize. In the end I enlisted the help of number one Italian coach Linda, who tweaked my technique during two sessions. First one was mouthfilling only, and I improved enough to take the mouthfill a good six metres deeper than before. Then, in the second session, came a revelation. Apparently, I am a freak of nature, and can only equalize with a noseclip when I have mask on my face, which I fill with water. I know it’s weird, but there you have it. When my alarm went off, I was taking the biggest mouthfill ever. Where did all that air come from? We think what has been happening is the following: since I can kind off equalize hands free, I don’t need a lot of pressure to push against. It looks like I have not been pinching my nose very well on the way down, thus allowing a bit of air to escape on each equalization. This is most likely the reason why I don’t have anything left when I get to sixty. I am very excited to test this theory in Crete next week, where my new mantra on the way down will be “pinch the nose, pinch the nose, pinch the nose...!”

martin_gk said…
Aaaallllllll righty... so we know what we do when you come back home from your deep dive vertures... we go to the pool. You've said it yourself, now there is no going back. Pooltraining whenever I can get my hands on you!
Good luck for the next dives! I'm there with you... watching that technique... ;)
25 June 2009 at 14:45