It's done. The final dives of the season are gone, time to grab a coffee at Cairo airport and start contemplating the winter months ahead. It always feels a bit weird to let go of the ocean like that and not quite right to have done the last dive for a while. But the next one is never far away, and fortunately there are mountains to visit in the meantime. 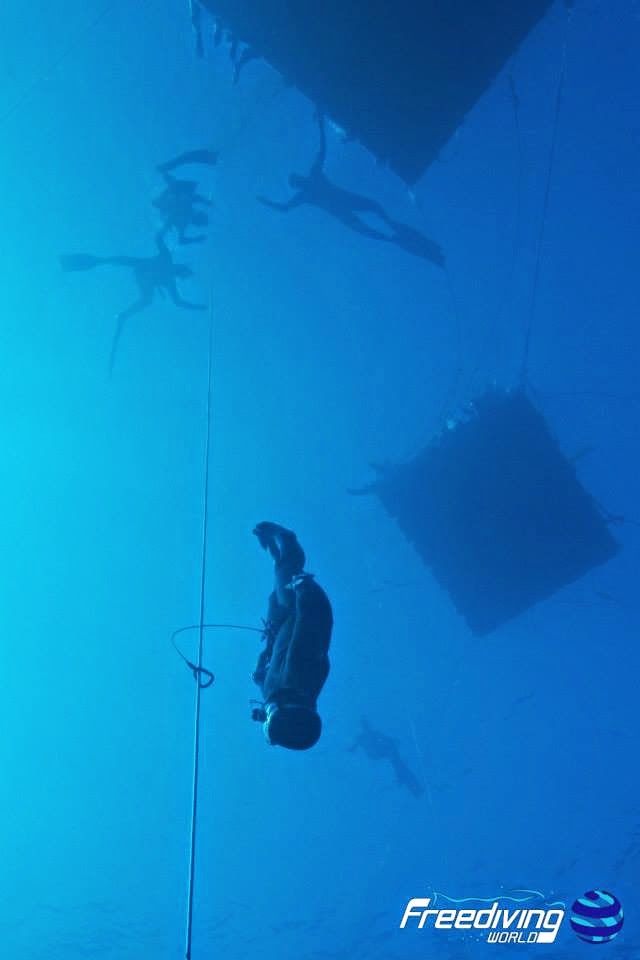 I finished with a new German record in constant no fins, which was challenging - 45m in current did not feel beautiful, but was easy enough in the end. Since I had already set the record safely, I decided to have fun with it and take a calculated risk to do a pretty big dive, announcing 50m straight up next. Well. It seemed like a good idea at the time! I was (miraculously) not even terribly nervous, which may have had something to do with the stunning guest we had in the competition zone: a small (well, 2m) oceanic white tip shark spent the entire time cruising around us and came to have a good look at me during my warm up. Diving down to do a record paled in comparison to that experience! 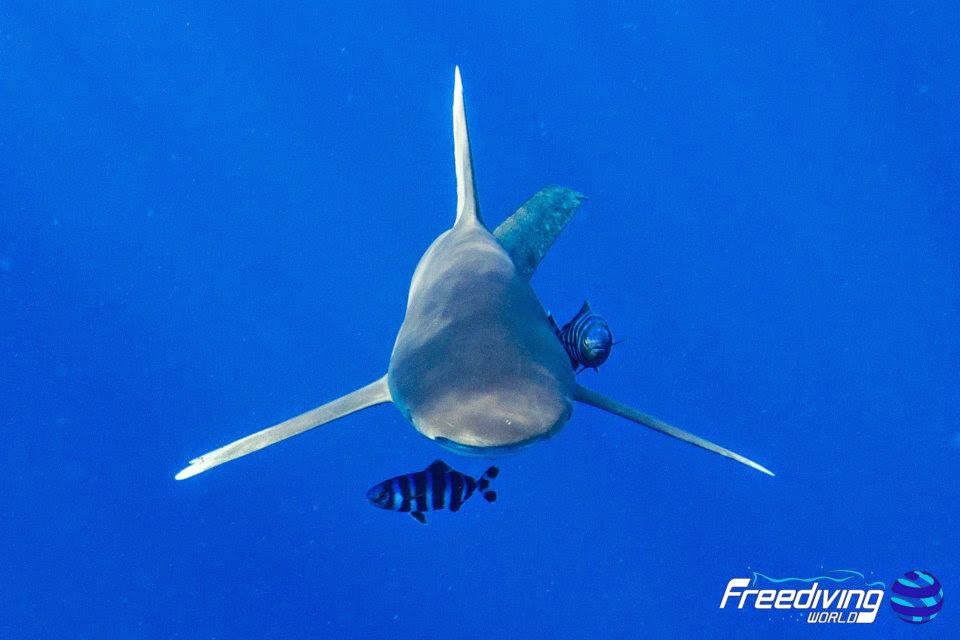 Conditions were close to perfect, so I had no excuse for what followed, except the number one reason for failing your dive (once given to me by Johan Dahlstrom when I did a poll): I went too deep! The realization that this might be the case hit me when I took one stroke at the bottom and felt my arms go heavy. "Oh shit, I'm tired" might have just crossed my mind, together with a brief debate about bailing and pulling up, an option that was quickly discarded. Attempting to relax on the way up did not help a lot - I made it to the surface at a snail's pace, where I then proceeded to nod off for a second, earning me my first ever red card at a depth competition in the process. Swimming up from 50m with 2kg after a total of 10 days training was clearly my limit for that day. I still had a wonderful time with it though, and actually enjoyed the dive, even the physical challenge of it. Unfortunately someone filmed the mess, which means I will have to bear the shame of showing it to no fins specialist extraordinaire and one of my best freediving buddies, William Winram. I have a feeling he will be snorting with laughter and then tell me he is very impressed with me. For not blacking out in 20m with that technique, that is.

Well William, the way I see it: there is room for LOTS of improvement! Can't wait. Next up is shoveling snow off the roof of my car and using my calming freediving breathing techniques during the Christmas Bookshop Madness.

Hell - but how much worse than no fins diving can it be?