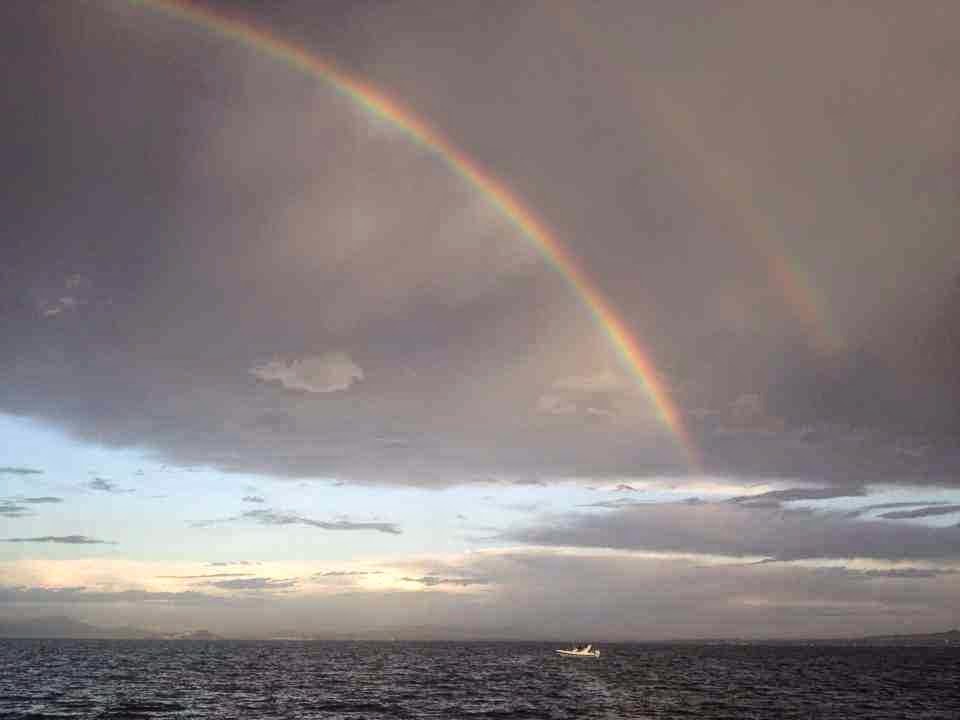 This year's team world championship set off in the correct manner by having a massive storm roll in, forcing the organizer to bring the static event forward and yet again making a mess out of my clever preparation plans. You'd think I'd learn to skip making them in the first place, but no such thing. With my static training thus reduced from seven days to two, I quit wasting time on making it nice and went for battle. This got me safely to 05:15 on the competition day, but I have to say it's depressing to fight for over three minutes for such a mediocre performance. In the words of my Italian training buddy Sergio Soria: "also my grandmother!!". Oh well. Not doing that again in a hurry! 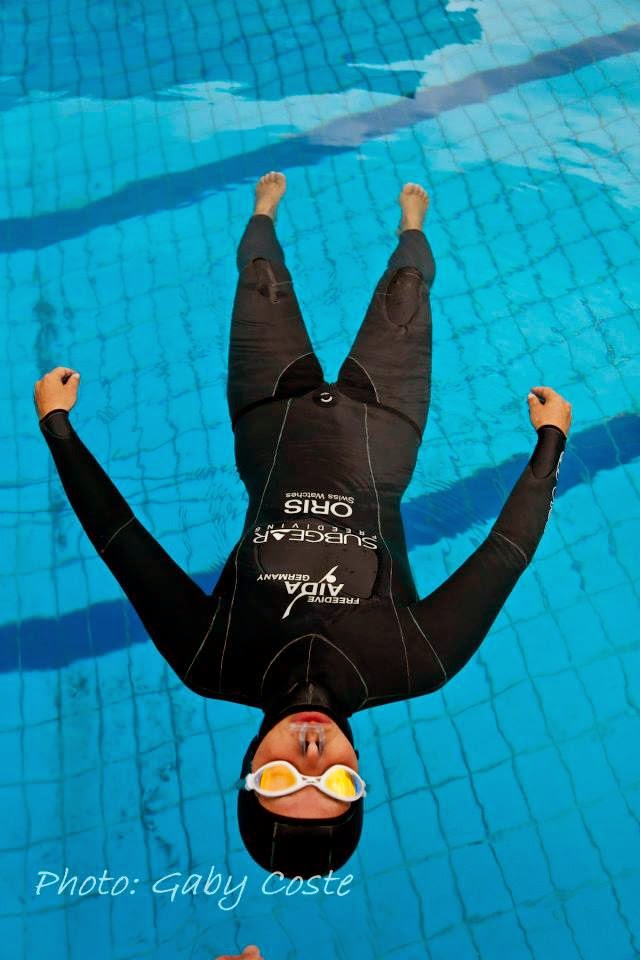 Next up was the job of coaching others, which I love and am keeping a decent track record with so far (I once left William Winram when he turned early. I don't coach a dive that stops in 50m. Reputation), although I will say that Liv provided me with a challenge, sending me into a state of coach-panic when she was hit by the first contraction at 1min! What do you do? What to say?? Good luck to the buddy who tries to be soft and gooey and tells Olivia Philip to relax. She will jump right up and tell you where you can put your relaxation! In the end I chose the wise words of our room 123 comp inspiration, Australian comedian the Chopper, and told her to harden the fuck up. Check it out here:

harden the fuck up, by the chopper

A collective gasp went up from the audience, but I knew she was now grinning to herself and it pushed her on to reach 06:05, becoming a #hardenthefuckup world championship fighting legend in the process. 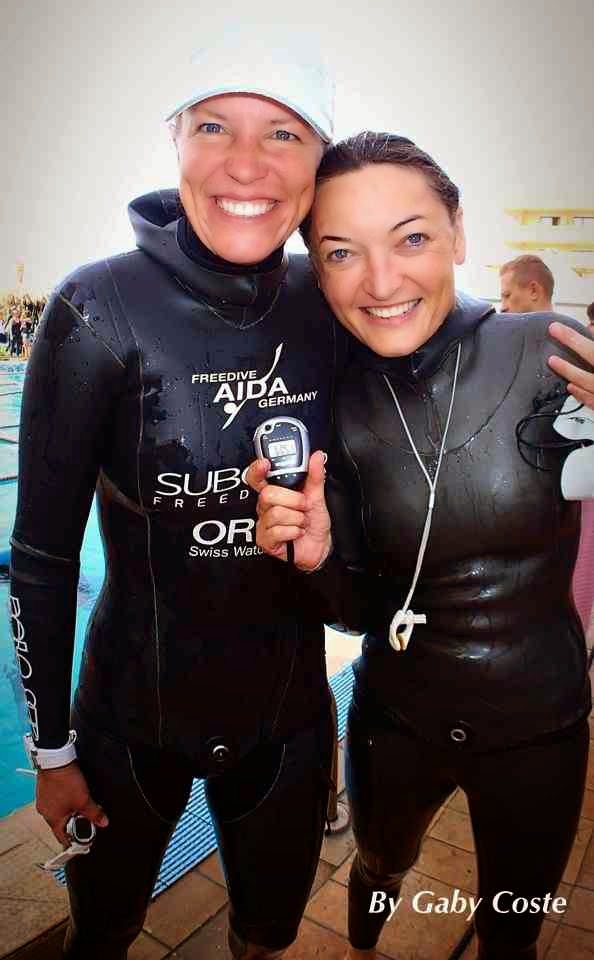 All in all, the static part went well for most teams, with Goran beating Natalia's 08:30 with an easy hold of 09:13 - after she put him in his place in Serbia last year, he is terrified of a repeat incident - Alexey (who is well used to being beaten by his mum) already loves to remind him of the last one and has been known to offer Goran a chance to compete against his older family generations next. Meanwhile, the most notorious item to have emerged from these world championships are the Russian team shorts - emphasis on SHORT - which Alexey has designed to adequately display his newly acquired leg muscles. 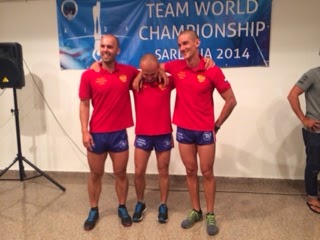 He told me that the night before his 115m training dive he was doing squats with his 80kg team mate on his shoulders. It appears that the rest of us had it all wrong! We thought we needed to rest before our measly dives! Stupid! One of my favorite lucky charms here are Goran's lilac Hello Kitty flip-flops. Feminine side and all that, they appear to be working just fine for him, since he surfaced from his 09:13 static looking like I do after 45seconds! If you see me performing monster breath holds at the next worlds, it will be because I have gone and nicked my niece's pink Hello Kitty hairband. I hope. 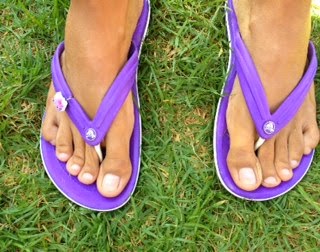 With the ugly static out of the way, it was time for the teams to go back into the sea for constant weight.  I fell into a fit of depression when everyone headed out to the boats and I was left behind with my broken ear to swim up and down in the pool. Resistance was building up by the minute during my breathe-up, made worse by the fact that my room mates had forbidden me to drink coffee to prepare myself for this misery. Once I started, I was grumpy enough to swim to 150m. It was easy even with contractions at the 25m turn, but did nothing to lift my spirits. 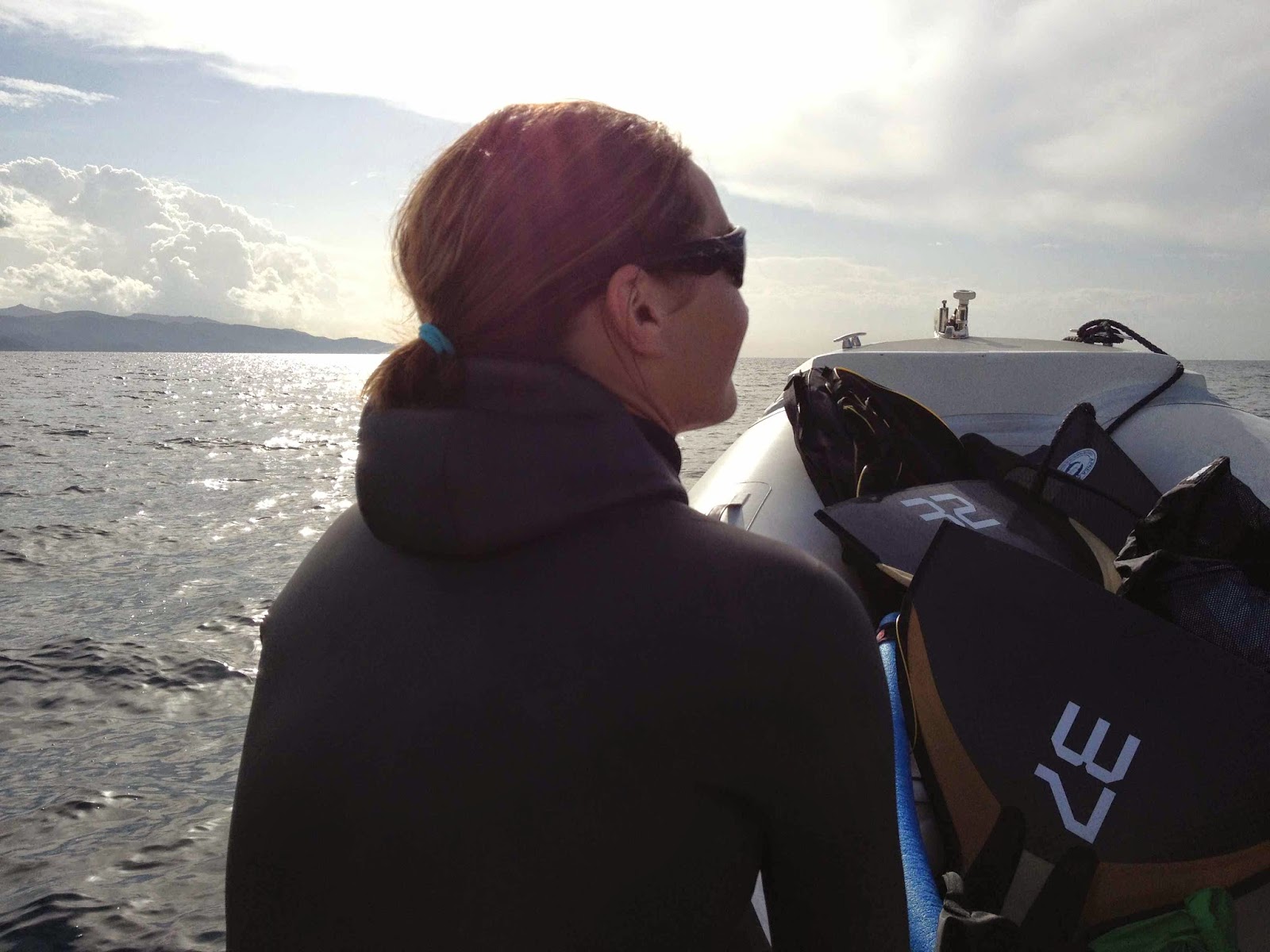 At least I got to go out on the competition day to coach Liv to her first 70m dive and to take care of one of my team mates who unfortunately did not quite make it to the surface on his own, putting the German men back several places in the current ranking. He's inexperienced in depth competitions and underestimated what it meant to dive under these circumstances, but has lots of room to go deep with practice. The German ladies have dropped right down, too, all my fault because my bad-ear-no-diving has lost us my depth points.

Over all constant weight was smooth enough, with only three black outs and a number of early turns. People are conservative and those who compete with a strong team spirit and well thought out performances are at the top, with the Danish men currently in number one spot, demonstrating once again how strong they are in competition tactics.

Much is still open and Friday will bring an exciting dynamic final. I'll be nervous as hell. At least I get to treat my depression with coffee afterwards, followed by:

But first I have to hold my breath in the pool. Again. Oh shit.