After watching coach breeze through his record, I felt fully motivated to get on with training and move ahead. The plan we had made for this year was to not worry a lot about records, taking time to continue working on deep equalization without the stress of approaching deadlines. I have been enjoying the lack of pressure, announcing a German no limits record attempt for fun more than anything else. Most of the work has been spent on trying to learn to dive with the noseclip, which has been going a lot better than I expected, although I must say: how ugly are these things? It's impossible to look cute with one of those on! 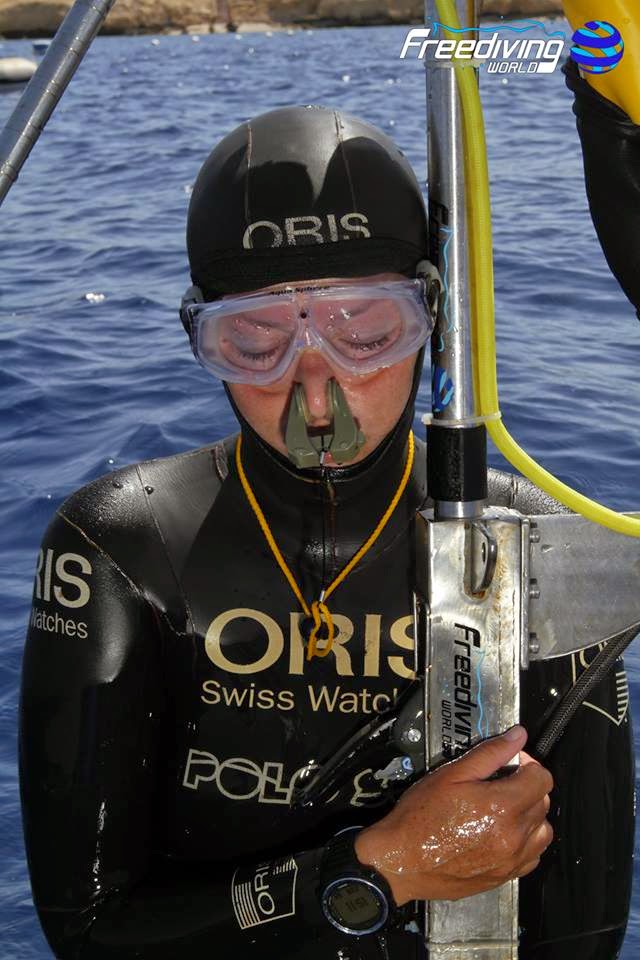 Apart from minor problems it was all going quite swimmingly until yesterday. We put the line down to 120m - I already did 119m three weeks ago - and it seemed like it was going to be a beautiful dive. Feeling relaxed and happy on the way down, I had air to spare when I heard the 100m alarm and was just getting very pleased with it all when I swallowed most of the nice air, losing the pressure on my ears in the process. I was just checking if I could get them to equalize again, when I felt a very sudden, piercing pain in my right ear (while the left ear was just gently getting under some pressure) and in the split second it took me to hit the brake the eardrum broke. I'd stopped in 119.6m.

This was a first for me, I can tell you! The surprise was as big as the instant frustration. Interestingly for those that have not (I don't recommend it!) experienced this: the eardrum braking actually didn't hurt at all, there was just a gentle release of pressure. Fortunately the water here is very warm at the moment, so I did not suffer any vertigo and since I am well acclimatized to depth I felt clear and free of the added stress of narcosis. What really struck me was how fast it happened, and that I had no problem with the other ear, although I had lost equalization on both at the same time. At that depth, I normally would have many meters to go and plenty of time to calmly brake and quit the dive, which is how it worked out for my left ear - pain free on the dive and symptom free when checked by Dr. Ahmed at the hyperbaric chamber. Bizarrely, the right side broke with a very small hole at the same time. It appears to have been completely accidental and I have learned something new: many divers break their eardrums with no prior pain at all. All it takes is a small infection with no noticeable symptoms to be present - it's enough to weaken the eardrum and result in a surprise injury. I had a mild infection from the residence pool three weeks ago, but it cleared after a couple of days and I had no problems with it - until now! 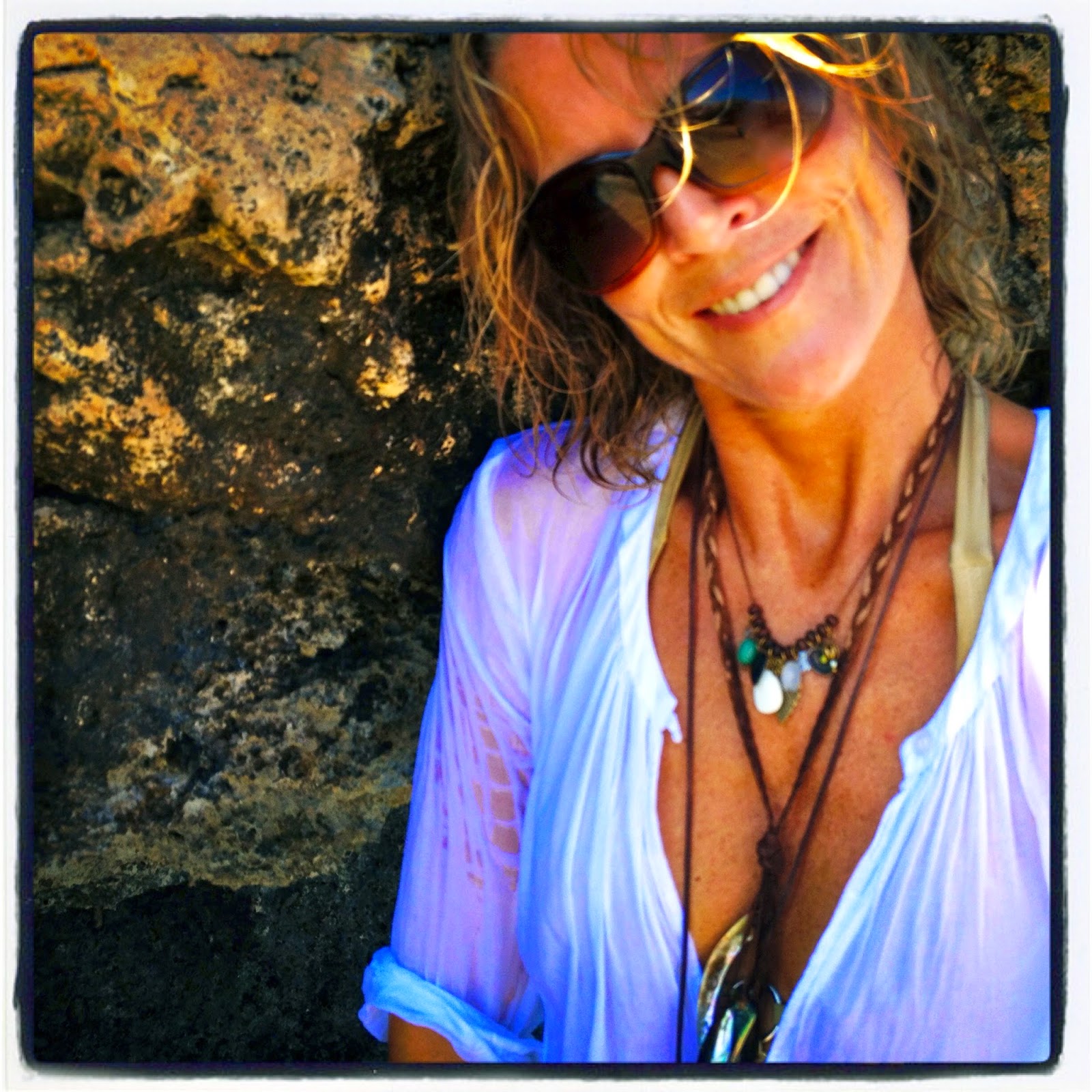 At least I get to work on my tan for a couple of days before flying home early, coach cannot complain or tell me to eat more! When something like this happens it's easy to feel foolish, embarrassed and weak. Whether it was accidental or whether you actively pushed it too far, it doesn't matter. Making mistakes is part of learning. What's important is to own up to the mess that you created, to those around you and especially to yourself. There is no shame in this. Denying mistakes, downplaying accidents and pretending that it was "just a little thing" is dangerous, and not just for the diver himself. Others take a cue from this attitude and before we know it, everyone just shrugs off things that have gone wrong.

Facing the real state of affairs can be incredibly hard. Aaron Bruce, my very direct technical diving instructor, told us something I never forgot: "The first sign of decompression sickness is denial." I believe this applies to many things in our sport. DCS can be a simple accident or it can be a result of stupid choices, as can be a lung squeeze or middle ear barotrauma. The urge to ignore the symptoms and go "I'm fine, it's nothing" is often overwhelming. We do not want to be "that kind" of diver. We also know it could mean we have to take a step back or stop, ruining chances to reach our goal, which makes us feel weak because we did not achieve what we set out to do. It's easier to convince ourselves that all is fine.

Only it isn't. This kind of denial can get people killed. It's a type of insanity that is somehow very human. So, we have to practice to be open about our mistakes and to avoid lying to ourselves. Freediving is a sport based around friends and it is our job as a community to help people deal with their accidents and failures, whatever it may take. I was really lucky to be around to force one of my buddies to face his problem when he suffered a severe case of DCS together with an equally severe case of denial, convincing himself that he'd be fine with a bit of rest.  Had he boarded a flight untreated, it would have killed him or put him in a wheelchair.

So - I had an accident, fortunately only a very small one. I learned to be even more careful and allow much less margin for error in the future - not even the split second. It feels frustrating and like weakness right now, but that's ok. It's what I do with it that counts.

Meanwhile, it looks like I'll be stuck with pool disciplines for a couple of months - oh no!! I wonder if tequila is helpful for statics?