It's been months since I have been in blue ocean waters to do any serious freediving training. Painful, but I thought I'd make the most of it and experiment with something different: to see how hard I could kick my ass in the gym over two and a bit months, and then to see if this would have any effect - positive or negative! 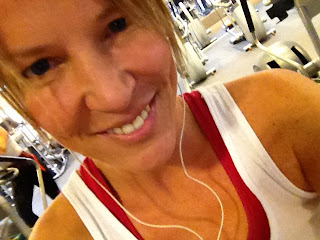 In any case, this has been sweaty and fun. I continued to follow the painful advice of sports doctor - I should have known that going to see him was going to hurt long term - and refrained from endurance training, focusing all my efforts on intervals and sprints instead, trying to push my heartrate as much as possible. Anaerobic
training. All the time. Did I mention it? Pain.

After an hour of sprint intervals on the running machine and bike, I would then get straight to weight training. My time was limited and my toughts were: the sprinting bit seems more important for the moment. In any case, it worked surprisingly well, culminating with today's last session before heading off to Sharm: After breaking my legs nicely sprinting (well. sprinting for me!) faster than ever before, I jumped onto the leg press and some devil made me stick the pin into 140kg. And no, boys, the weight is not in pounds, grams or ounces! 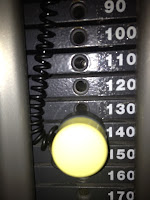 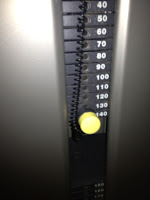 I did not think I could even move it. Three sets with eight repetions each later, it was time to switch directly to 70kg for a superset of 100 repetions. Then I stopped, because it was boring and I was getting a cramp. Ha!! Seems that maximum strength and strength endurance are not so bad...If anyone doubts if it was me lifting the weight in the pictures - here is the state I was in afterwards: 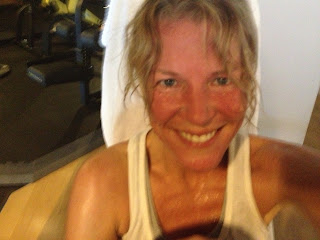 The picture is a little out of focus - my hands were shaking! Now the question is: will this make me worse or better at freediving? If the answer is: worse, I am going to eat ice cream and chocolate and just lie in the sun for a week, until all the muscles are gone and the fat has returned.

Hmmm. I wonder which outcome is preferable??