First things first: my mum is much better, she came out of the clinic a few days ago and is already tidying up the rubbish from the street outside the bookshop if I turn my back on her for a second, so thanks everyone for all the good wishes!


In the meantime, I have been terribly well behaved and spent endless hours in the bookshop, trying not to scare away too many of the customers. I was just about to forget that I am a freediver, when I got an invitation to come onto "Sport and Talk from Hangar 7" a talkshow on Austrian TV channel Servus TV. The guy in charge is clearly a man who knows how to sweet-talk a potential visitor - after enticing me with the promise of funky fellow guests such as extreme climber Thomas Huber and old school adventurer Rüdiger Nehberg, he delivered the final blow with outrageous flattery! Having been complimented on my looks, cleverness and, not to forget, heaps of charm, I couldn't help believing the hype and agreed to provide the female element in a chat about extreme sports with a bunch of alpha males. 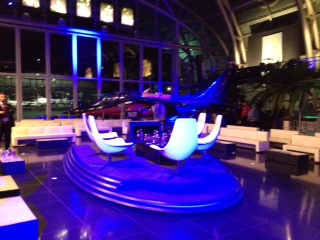 I was instantly struck by a new problem: TV outfit anxiety! What on earth does one wear to such a thing? Sporty yet smart? Sporty yet sexy? Full on outrageous glamour? A great excuse to spend hours on London's Kings Road, where I was quite distracted by the current trend for extremely high heeled shoes, meaning that the TV outfit project fell by the wayside - and no, those shoes are not appropriate sports talk attire - and I ended up forced to dig through my wardrobe instead. Boring, I know. 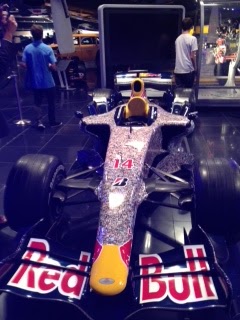 Arriving at hangar seven in the evening, I realized that I was in man-heaven! This is lost on the likes of me, but the place is full of every driveable or flyable man-toy on the planet, including formula one cars, helicopters and aeroplanes! I'm surprised any of the male guests were at all able to concentrate. The crew were in good spirits, with a down to earth approach to the guests/stories - I had the first ever stylist who did not try to give me some sort of bizarre TV hairdo, which was refreshing to say the least. The last time a crazed Cruella-Deville-type (in her sixties) make-up artist produced random ringlets sticking out in a weird manner from my head, and for the first time in my (very minor and limited) TV career I let out the diva and promptly went on sporting a pony tail, which I have adopted as my TV-hairdo-avoidance-strategy for the future. This time, I was allowed to look like myself though, which was a pleasure! 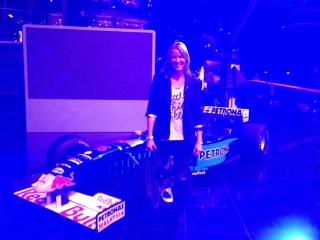 I have no idea what I did/said in the show, only that I got out of the proposed breath-hold competition between myself and some hapless members of the audience by forgetting to bring along my noseclips. Since I most likely would have performed an embarassing static of 27seconds, this turned out to be a good thing and I have been able to keep up the appearance of being vaguely talented at freediving. Phew!

Drinks afterwards lasted until 2am, my alarm went off at 04:50, and I arrived back in Berlin in a daze. Having unpacked my suitcase, I have now realized that I have not the smallest idea where the noseclips may be. I did put them in a bag, ready to be used on telly, and then...well....

They are gone. I guess it means I can't go pool training! Hurrah!