Egypt: home of the weird and wonderful 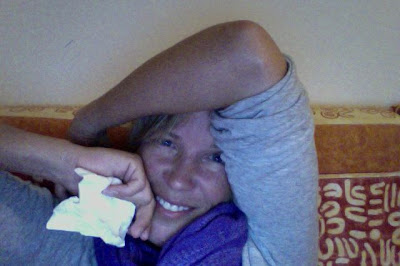 Being finally ready to dive deep, I managed to do one whole 60m constant weight dive before my old friend Mr. Murphy came to visit, who delivered, how could it be any different, a nasty cold/flu to me over night, knocking me out with fever, headache, throat ache, ear ache and any other ache imaginable. After four days locked up in the apartment I had read three books, watched an entire season of "the mentalist" and was going slowly crazy. 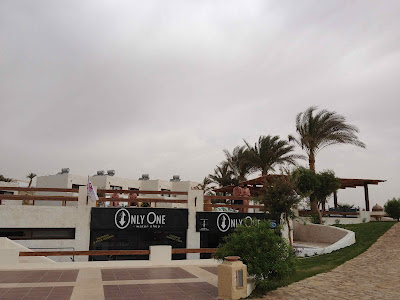 Since I have no diving incidents to report from and thinking about the lack of training just makes me depressed, I would love to share this months' Egyptian experience, which never fails to include all manner of weird and wonderful incidents. First of all, it rained four times in one month, and not just the standard few drops that fall from an otherwise blue sky - this downpour came from gloomy darkness (see above) and had me hiding under my yoga mat! 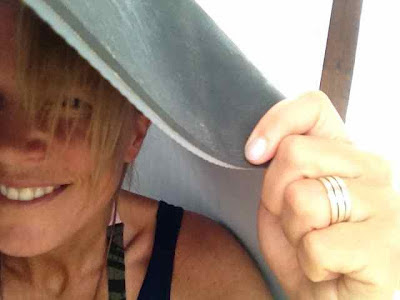 A day later I was by the pool, streching in the shade, when an almighty bang followed by a shockwave had the tourists running about crying and Marco unsure as to what to tell his students who were trying to relax for their first ever static. I saw a massive plume of dust shoot up from one of the roofs and some pieces of hotel flying off somewhere. Closer investiagtion showed that one of the boilers on top of the rooms had exploded, shot down and hit the grass twenty meters away from the center, leaving a large hole. It then bounced up again, took a chunk out of the palm tree (see below), went on across the main path along the edge of the cliff, flew over the side and into the sea. All in all it must have traveled around 200m or more! Amazing!! It brought back fond memories of the exploding toilet in Sara's house and appears to be a uniquely Egyptian specialty. 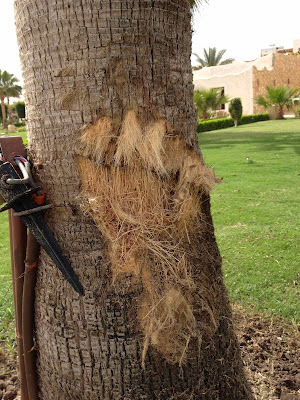 Meanwhile, there is a weird petrol shortage, so cars and busses line up for hours whenever there is a rumour of any to be had somewhere. Explanations range from Bedouins hijacking the trucks in the desert, to the goverment selling all petrol to Palestinians, to oil tankers burning in Suez. Most likely, all of it is true - in any case, some of the hotels aready have problems supplying hot water, as their pumps are run off a generator - which uses petrol...

Now that I am healthy again, it is time to fly home - perfect timing. I found a taxi with petrol and made it to the airport, where I am looking at another fun phenomenon which has already closed down the harbour and is gearing up to prevent me from getting away: a sandstorm!