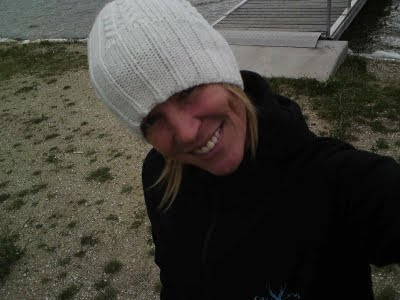 I know I have been quiet for a while. I have been back home, in what can only be described as a wintery summer (note the woolly hat...). Truth is, my messed up dive had me puzzled, and I felt I needed to figure out what exactly had happened, before continuing to train. Mostly I wanted to exclude any possible physical causes that could catch me out again, and went in search of a completely improbable, magic Dr. House style person, who, as one would hope, would get all excited by the weirdness of the case presented to him, and would, after much testing, deliberating and grouchiness, come up with a wicked, unheard of explanation, all inside of a one hour episode. I know what you are thinking. I thought the same. Fat chance, and all that. 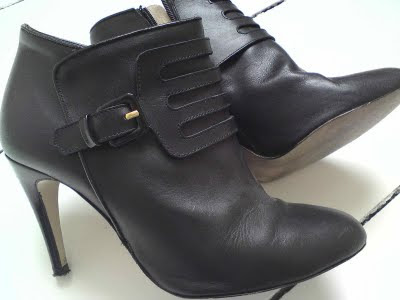 Never underestimate the ability for random hopefulness in a woman, though. We like to entertain faith in the existence of impossible things, such as the perfect pair of high heels (am close), a perfect bikini (still looking), and, even, a magic doctor. Off I went, and amazingly, found the Dr. House of Berlin: a specialist in internal medicine, pulmonary medicine, sports medicine, and - it's true, I swear - diving medicine! An email describing what had happened to me raised the curiosity of Dr. (House) so much, he found time to listen to my improbable story and take a first hand look at what most people would consider to be a crazy person - a blond freediver. And no, I did not have to attach a pdf of my arcticle from the April issue of Penthouse magazine to the email, to convince him to see me! Really.

Going to visit this man was a bit of a revelation. Rarely have I encountered a doctor who listened with such attention to detail. I did not have much hope in finding out what was wrong on that day, and expected him to simply order a range of tests to check for damage from the incident and any possible causes. I described the dive to him, trying my best to include all details, such as the fact that the silicone skirt of the mask had been squeezing onto my eyes and I could not open them at the bottom. I wanted to be honest about all factors that had caused stress, however small, during the attempt. By the questions my Dr. House was NOT asking, it became clear he knew almost all there is to know about freediving. When I was done, he clarified a couple of things. Then he spoke the magic words:

I think I can tell you what went wrong.

My jaw dropped. I looked at him, stunned. I expected the hidden cameras to be revealed at any moment. He proceeded to explain to a speechless (unheard of, I know) Anna a thing called the oculocardiac reflex, which I think is well worthy of a Dr. House episode. If pressure is applied directly to the eyes, such as in my case by the squeezing mask, it causes the heartrate to drop dramatically and the bloodvessels to dilate. Just what you want in 130m! The heartrate will drop to the point of fainting, and if the pressure is kept up, it can even lead to cardiac arrest. To manage to do this to oneself on a world record dive - one might say it wasn't my lucky day.

My first reaction was disbelief, then immediate relief at having found out what exactly went wrong - fortunately an incident that does not mean I have to stop diving. Then, when I was in my car, driving home, I was hit by the inevitable "Ohhhhhh nooooooo!!!! My beautiful 130m dive!!!!"-moment. By now, I have put it down to (albeit more colourful than I wanted) experience. Berlin Dr. House has a stern and bossy streak, too, and I had a feeling he would outright forbid me to go training if he could find anything wrong, but a CT of my lungs showed all was fine, so he put his signature on a piece of paper and declared me fit to dive, shaking my hand quite firmly, clearly with thoughts along the lines of: "she's mad" and "I wonder what trouble she will get herself into next" on his mind. 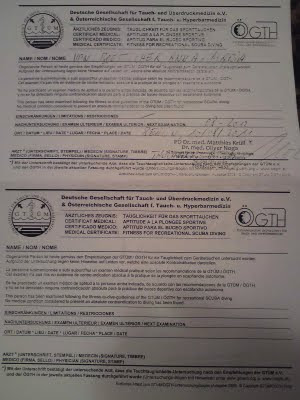 With the piece of paper in my pocket, I left rainy Europe behind and flew to Sharm El Sheikh last Tuesday, ready to train for the world championships in Kalamata. This clever plan has yet again been put on hold by my friend Mr. Murphy himself, as I have managed to pick up a nasty cold on my last day in London. I had five weeks back home to be sick! It is infuriating. Today I dived to all of 37m, but the sinuses were complaining, so I got out of the water and grumbled to myself for the rest of the afternoon. Might as well eat chocolate, drink beer, and get fat.

I feel I have had my share of Mr. Murphy's company for one year. Someone else can take over now. Any volunteers, please contact him on murphyslaw@hotmail.com. He is available immediately.

Silvia said…
You can send him over - Mr. Murphy is also a really good friend of mine :-) !!! Well drinking beer and eating chocolate may help for a short-time ... why not !? At least makes you feel good ! All the best from Germany you will ROCK the deep I promise xxoo Silvia
29 August 2011 at 02:51