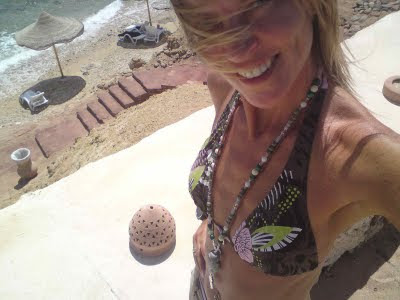 After all that work it was time to leave Sharm for a well earned break. Since the Egyptians decided they weren't going to change the clocks this year, after all, my flight suddenly left at 06:15, meaning I was up and waiting for my taxi at four in the morning, with the Immam chanting away at the nearby mosque. Next, Cairo, then: Munich, where Pure Boarder Simon picked me up and took me to Sölden, a ski resort in Austria, for the final event of the season. The plan was to hang out and have a break from being a serious, train-all-the-time, no coffee, no alcohol, freediving athlete person. 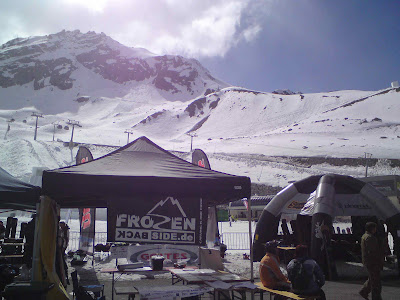 This was immediately put into practice at the Black&Orange hardrock bar, where I was finally served a Corona. Or maybe two Coronas. Or three?? In any case, I was still wearing my bikini, same as last year, and had my sunglasses welded on my head. We have identified the Black&Orange as the perfect bar for us misfits, as it is run by a misfit, and could not possibly be further from the usual Aprés-Ski circus, which is why it suits us just fine! After dancing about happily to ACDC, Chilli Peppers and Guns&Roses, we fell out of the bar at 03:00am, only to get up at seven - the guys were working, after all, and had to set up the Carver's Paradise stand. This involved sunloungers and blow-up palm trees, which I think is very commendable. Unfortunately, this set-up failed to make the sun come out, so we tried a sun-dance, by adding my tan and bikini to the mix. 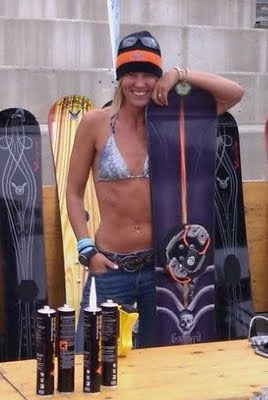 Before I knew it, I was made to work, so in fact I don't think I have a had a rest day at all and should be given the month off. Apparently, boss-instructor does not agree with me. He has given me lots of homework, and I have a feeling explantations such as "the guys made me drink the Coronas. Honest!" won't cut it.

I am off to do breathing exercises right now. Has anyone ever heard of such a thing?